This is not what we meant by changing the narrative 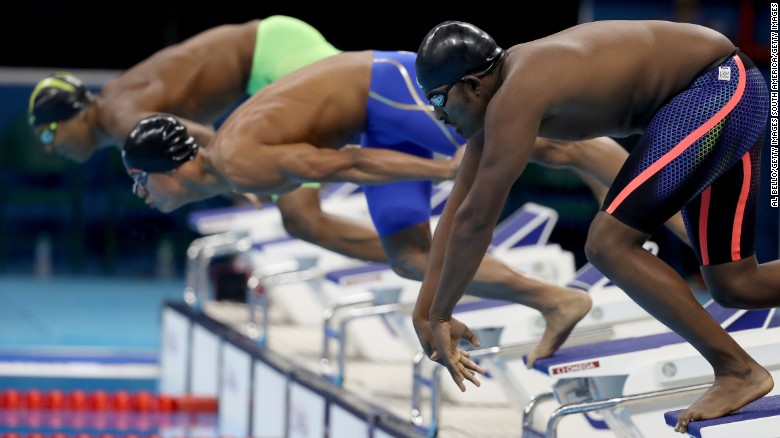 Now, if you have been on the internet the last week, you are well aware of one of our most famous Olympians, Robel Kiros Habte. Robel, rose to fame when his body was photographed before the 100 meters freestyle race. The internet reeled at a man of his size (fairly normal for a non-Olympian) to show-up and compete against the world’s greatest athletes. He went on to finish 59th out of 59.

Questions came: How did he qualify? How did he get chosen to carry the flag? Why did he have such an unfit body? WHO IS ROBEL? He was dubbed, “Robel the Whale.”  Soon after, some answers came. He was chosen by an special invitation by FINA (the International Swimming Federation) to countries that didn’t have many competitors in the Games.  But, the biggest piece of news (that multiple international news agencies did not report – we’ll talk about that later) was that he is also the son of Kiros Habte Knife, the President of the Ethiopian Swimming Federation.  Robel even made a statement, saying “I am so happy because it is my first competition in the Olympics. So thanks for God.”

So the headlines came, from L.A Times and Business Insider and even the Washington Post. All writing about this large athlete, but missing the bigger (no pun intended) story. Until OkayAfrica’s article – thank goodness for OkayAfrica. They dived deeper on the corruption and political issues Robel raises.

As an Ethiopian diaspora, I have a heart that swells with pride when I hear my country’s name. When I land in Addis I kiss the ground (figuratively) to connect, and you can see me wearing my nech-on-nech with a splash of tilet clothes on every occasion (appropriate & inappropriate). Robel both amused and angered me. I tried laughing at the memes, the pictures shared, the articles – but deep inside I was ashamed, angry and frustrated that this was a new story from Ethiopia. I even thought, “well, it’s better than the starving-child narrative, right??” But, it’s not. 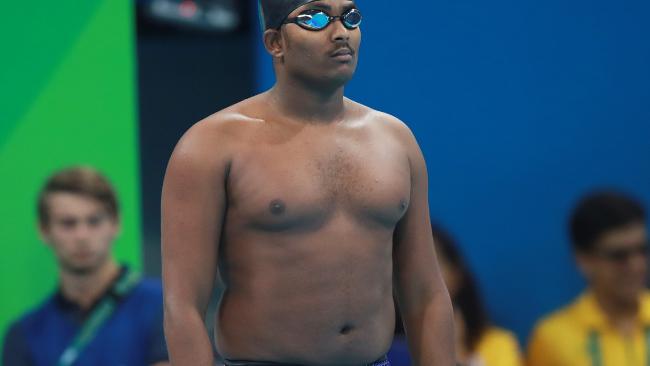 The fact that most diaspora are still sharing the fat-shaming posts and not understanding what’s underneath, pisses me off. The fact that right now and in the last year, Ethiopians in Ethiopia are dying to fight for a freedom they were promised, pisses me off. Intelligent, influential diaspora within the community have no problem sharing multiple “Robel the Whale” posts, but are equally as silent as the international news agencies on the issues in their own country. Why the silence intelligent, influential diaspora? News of protests and deaths not viral enough?

So, I urge you to hear this story so you can get a better picture – we, as young Ethiopian diaspora have an obligation and opportunity to know the truth.

Let’s first remember the Olympics have a long history of being an international platform for politics. From the boycotts, gender and race revolutions, and even wars have been impacted by the Olympics. Intentional or unintentional the Olympics are like a UN meetings on steroids (get it. Sorry, Russia). This year, for the first time in history, there was a refugee team – calling attention to the millions of refugees coming from war-torn countries. People love refugees when they are Olympians. There was even an Ethiopian on that refugee team, but that’s another blog post.

Now, how does our friend (probably our distant cousin) Robel, fit into this picture?

Robel Habte is the son of Kiros Habte Knife. His father was responsible for choosing the person to represent Ethiopia, and he chose him. Instead of any other athlete, he chose Robel. It’s a tale as old as time – son living out father’s dreams. Okay, I hear you Slate magazine and every other article about him being the fastest swimmer with the best chance- but really? REALLY? If you believe that – great. Not sure how many articles Slate Magazine does on Ethiopia or if they understand the context, but hey journalism – smournalism. Then he “deserved” to be there. However, not only was he chosen to represent Ethiopia in the swimming competition, he also carried the flag in the opening ceremonies.  Why does that matter? 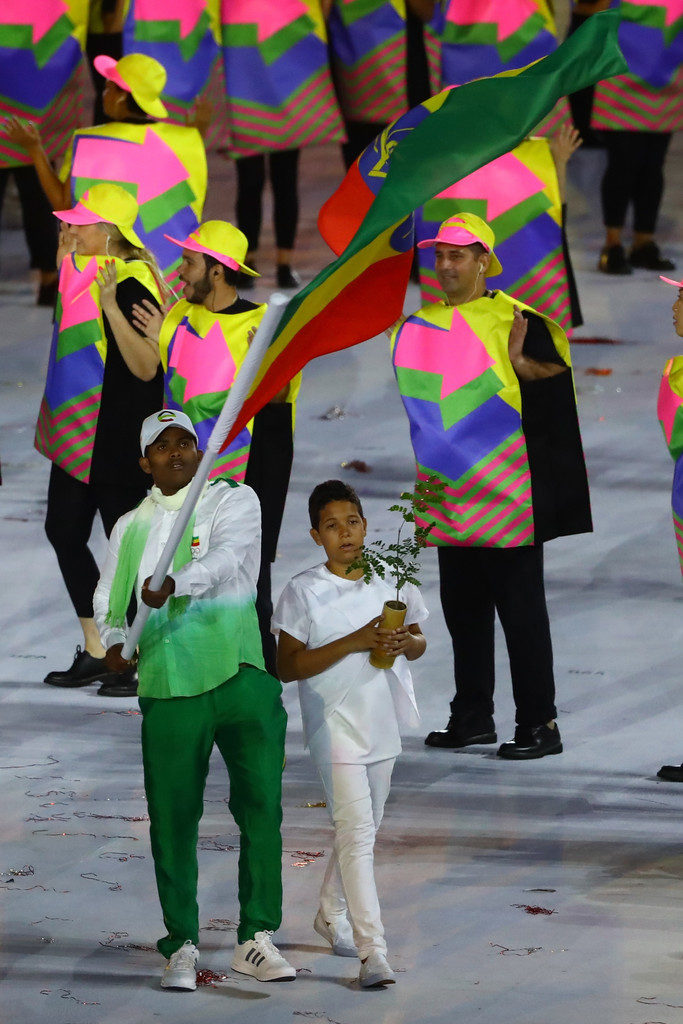 Carrying the flag into the Olympics opening ceremony is an honor traditionally bestowed to one of the country’s greatest athletes. Abebe Bikila, Derartu Tulu, Degaga (“Mamo”) Wolde… If you don’t know these names, kindly hand-in your Ethiopian card at your local Merkato.  Interestingly enough, he isn’t even listed as the official flag carrier, do with that what you may, but you can see the thousands of pictures of him with the flag – an honor he took, was handed, or rather stole. This year, the Dibaba sisters, Almaz Ayana, Mohammed Aman are just some of the more qualified to carry our flag than Robelye.

Now, to the second reason Robel’s borche’s fame is indicative of a much bigger problem. Have you heard from any of these news sources on the current political issues leading to the death of our people? The silence of the international news and their willingness to only write about Ethiopia as a famine-stricken country, emerging economy, or an Obama’s destination is a huge problem we as young diaspora need to call-out and do something about.

There have been and are current protests in Ethiopia. This is not an Oromo thing. This is not an Amhara thing. This. This is an Ethiopian thing. The protests have spread to ethnicities advocating and working together to fight an immensely corrupt and unfair system. You can say the system has been in power for 20+ years. You can say the system has a pattern of jailing any opposition, thus leaving the country in a very vulnerable vacuum power position if/WHEN the system fails. You can even say the system is responsible for Ethiopia having some of the highest number of jailed journalists in the world (hence, why this blog is anonymous – I don’t look good in jail).

Look, I get it. International news sources sell more by focusing on fat-shaming versus real issues happening in East Africa.  They may touch on the issues, but scouring their headlines for 1 article on the deaths of 40+ Ethiopians in the last month, protests in the country, or the immense injustice of the system – you’ll find it tough to even find one. There are complicated reasons for international media editorial decisions, political reasons to keep the peace because of neighboring countries wars, or a booming emerging economy is a better story, or if it’s not about famine, it’s not a headline, and maybe lastly ( here’s to you America) we are brown people on the dark continent, so who cares?

Okay, maybe it’s not that deep and the editorial decisions are just simply the Kardashians keets are a better sale than the 20+ year dictator government ruling equally if not more brutally than their communist predecessors. Wait, is that it? Do we have to use the word communism for you to be scared enough to write about it? Do we have to say dictatorship? Do we have to say humanitarian crisis? What’s the buzzword, people? 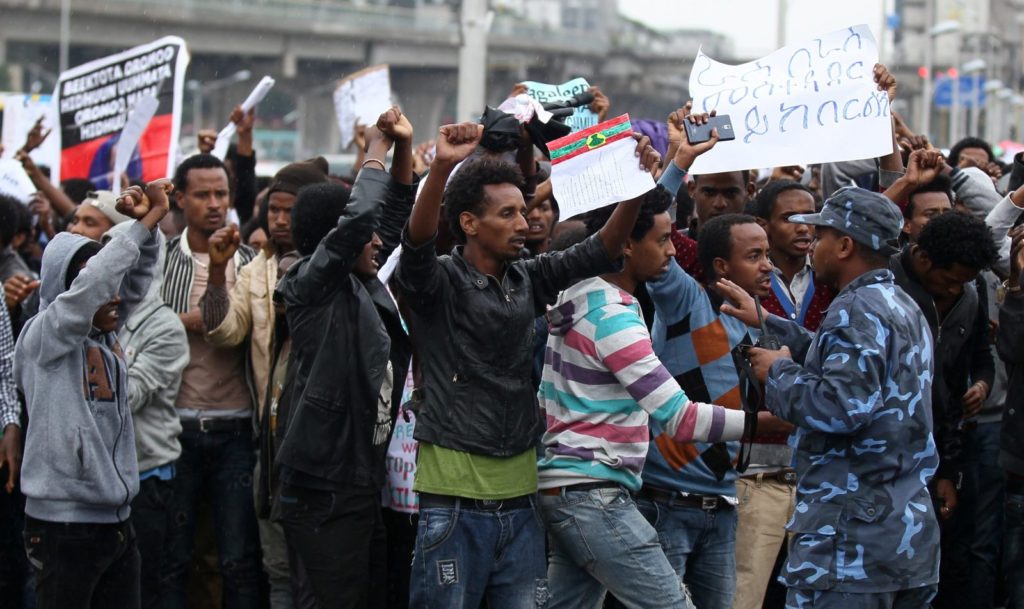 Before this becomes a rant, we come from a culture full of mikir or gorsa, so I’ll leave you mine.

For the young diaspora:

Look beneath international headlines. Don’t only make your screen names about being Ethiopian. Being part of a country means defending the people, the rights, and the patriotism in peace and in war. You can’t be @iluvethiopiaohbaby on Twitter and not give a shit when your people are systematically being killed. Your profile picture with your red, green and yellow – get out of here – you are a potential mouthpiece – so read, learn, then speak. Your silence is deafening for your people. Don’t show up in Bole expecting to get from a country when you haven’t given anything.

We are sorry you are in this position, but take accountability for your lack of discipline, your lack of respect for being an athlete and your lack of ethics. You know the strength and abilities of your fellow athletes. You could have said something. I urge you to reflect on this as an international life-lesson. Maybe an elite mindset has not prepared you to learn the skills of discipline, so let’s just say you “earned” your position – did you work as hard as you could to swim as best as you could in the Olympics? Did you train night and day? Were you a competitor? Were you there to win? Did you take this opportunity seriously? Only you and God know the answer to those questions.

For Ato Kiros & the swimming federation:

We are impressed with how courageous you are to make a decision like this in front of an international audience. It’s unfortunate you think we (the people) are still not connected enough to figure out the behind-the-scenes plot. Did you forget that the Internet exists? Ato Kiros, every father lives to see his son succeed, but you set your son up for ultimate disgrace and failure. Where were your fathering and coaching skills before he showed up to the Olympics? Where were they after he was chosen? In light of this blatant corruption, we kindly ask you to step down and respect the sports which you proudly work for. We know that won’t happen, but we can ask, right?

Lastly, to the system – the Ethiopian government.