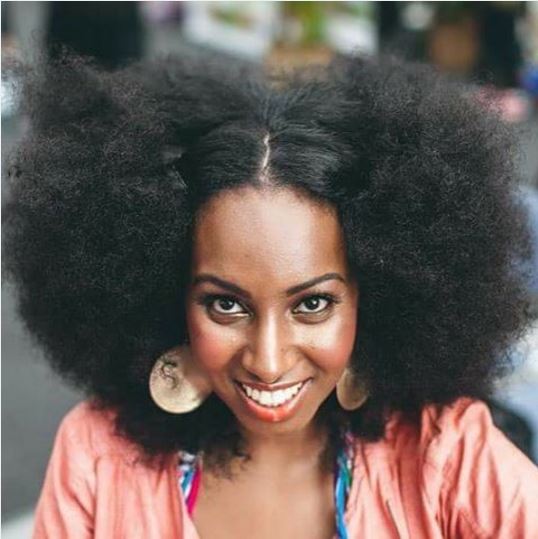 Get to know Lidiaana, a bright Eritrean music talent based in London, UK! She sings, has a Foundation, and leads a ~sensual~ dance class for the ladies– what can’t she do?!

Where did you grow up and how, if at all, did your environment influence your music and who you are today?

I grew up in a little town in Germany called Stuttgart. My parents really loved arts and therefore always encouraged me to take part in musicals, to attend dance classes or sing in choirs. Growing up in Germany helped me to be more disciplined as an Artist, as their way of life is very much so.

Moving to London in 2006 made my music sound more varied and I started exploring new genres. I believe that the fusion of so many cultures in one city inspired me to add more variety and depth to my music.

What first got you interested in making your own music?

When I was 6 years old, I was singing and dancing in a musical. When I was given the song to learn, I went home and independently decided that I am going to sing the song differently. The next day I suggested the changes to the Director of the musical. I remember his face as if it was yesterday, he was very impressed that a 6-year-old girl could come up with these kind of ideas.

Who were your musical influences?

My older sister Ella would always listen to R&B artists such as Aaliyah, Brandy, Mariah Carey and many more …. Subsequently, I would always sing along to the songs.

One day Mariah Carey’s ‘Always Be My Baby’ was playing and I sang the ad lib towards the end of the song. My family looked at me stunned and said that Mariah’s songs would suit my voice. With that in mind, I started buying all of Mariah’s albums in order to learn all of her songs.

However, later on, when I attended a music college in London, I started being more influenced by the incomparable Stevie Wonder. Not necessarily musically but his attitude towards music and the industry and the fact that he saw no limits despite being blind really impressed me. He writes, plays, produces, performs – he does it all! Stevie inspired me to study Music Production and to fight the stereotype that women can’t produce and mix music.

What do you think your listeners get out of your music?

Well, I like to use music as a therapy and some of my songs are self-written lyrics about real life situations. So those songs, such as ‘Depression (2011)’, ‘My Life Part 2 (2009)’, or ‘The One for Me (2013)’ are therapeutic to me as I sing them on and on and eventually become desensitized. I would like my audience to be able to relate to my songs and maybe even heal.

I had a couple of people telling me in the past that ‘Adey’ made them cry as they had lost their mothers.

How has your Habesha identity shaped who you are as a person? Does it influence your craft?

When I moved to London, that’s when I found myself and that’s when I started appreciating my Eritrean heritage. All of a sudden, I started wearing Zuria, told everyone that I was Habesha and in general became more proud of being black, as I felt invisible in Germany. Also, seeing more established black people in London made me become more proud of my Habesha background.

Well musically, I make now more Eritrean music than English and being able to perform back home and be on Eri TV made my family so proud (they are not too disappointed now that I didn’t become a Doctor [laughs]).

In Germany I tried to adapt to the other singers – I wanted to ‘sound’ like them. Now I want to be like me and I started off by loving my culture and my heritage. I’m Habesha and I’m proud. 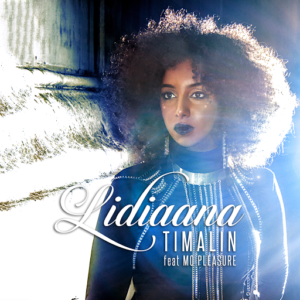 Talk about past and upcoming projects! Also how can we find your music and do you have any live shows coming up?

I just got back from Eritrea and I am working on so many creative projects at the moment. The music video for my latest song ‘Timalin’ will be released as well as a new single called ‘Hagerey Eritrea (Sunshine of Africa) (2016)’ which just got released in Eritrea.

Besides my music, I also branched into charity work by founding my own charity ‘The Lidiaana Foundation’, which gives deprived children a chance of an education.  So this year,  I’m basically launching the charity properly in order to get more funding and donations, so that I can finally start building an After School Club for Eritrean kids.

….And I have also set up a dance class called ‘Shégitu’. Shégitu is a sensual dance form for ladies and the idea behind it is to make women feel sexy and empowered. I always loved dancing and feel very excited that I have finally embarked on this new business venture. If any of you should ever visit London, make sure to check it out.

My favorite dish is Injera with any vegetable based stews – Alicha, Shiro, Birsen, Hamli. Basically, everything that’s vegan, as I am vegan. And you ask why? Cause it is soo delicious.