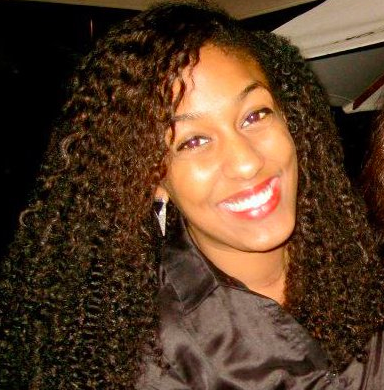 Writer Hannah Giorgis first started garnering attention on the social media platform Tumblr for her witty yet unapologetic commentary on race relations in the U.S. Giorgis was perhaps able to draw such an audience because she was intriguing yet relatable—the girl next door spitting knowledge that shakes your understanding in the best way possible. Giorgis’ ability to use her humor to tackle difficult issues on her blog Ethiopienne.com inspires readers to think critically on current events. Graduating from Ivy League Dartmouth College, Giorgis is continuing to write and inspire young black girls around the globe. Habesha LA sits down with Giorgis to learn more about the voice behind the pen.

What may be the potential consequences of being labeled as “the young east African girl” as heard in hip hop and music?

Giorgis: I remember the first Drake reference to Ethiopian girls [in his music]. I was so excited when that was happening, like yes we’re getting shouted out! We’re being represented in music, I didn’t see myself before and now people appreciate me and I’m beautiful. I thought it was so flattering. After a while, I started to think are these depictions necessarily valuing East African women and the complexity of who we are? Or is it reducing us to a stereotype about how we look?

A lot of the stereotypes that you see especially in hip hop about how East African women look are about one kind of East African look. It’s not about the versatility or the variety that we are. I’ve had a few creepy guys come up to me using Drake lines [laughs]. I think there is an increased occurrence of men who are able to fetishize [East African women] because rappers are doing it and look at you like an accessory or flavor.

Just thinking about the way African women and black women already have to deal with being hypersexualized in the media already makes people think that our bodies are accessible all the time. Also, when East African women are being elevated it’s at the direct expense of other women in the African diaspora. For example, West African men have said things to me that are wrapped in compliments but in actuality are putting me in direct competition with West African women in a way that neither of us signed up for.

If you are complimenting me by putting down another woman, that’s not actually a compliment. I think that’s really what this phenomenon is, complimenting East African women and putting down other women at the same time, which doesn’t serve any of us. All of us are kind of hurting because of this weird arbitrary decision that East African women look like an ‘acceptable’ kind of blackness. Which is sad because there are so many different types of beautiful blackness.

I want to challenge you on that because I feel like a lot of young Habesha girls are flattered by this type of labeling and like that status of being elevated. I think it’s really important for these girls to realize the consequences of that and what that really means about being hypersexualized.

Giorgis: Absolutely. And there’s a reason that I’ve been talking about this by saying when this first started happening I was really flattered. There are some moments even now when it’s hard to not be. There’s that one Drake line about ‘flying you and your mama to the motherland’ and even though I’m so annoyed about Drake doing this, that line gets me because like tickets to Addis are actually really expensive [laughs]. I think it’s natural to hear you being represented in a way that feels positive and to want to latch onto that.

I really do not want to shame any young girls who are coming up and feel positive about that. I think this is another one of these situations where you have to let people come to their own understanding and realize you know if someone is elevating you in a way that feels icky, and after a while it starts to feel icky. I think that’s obvious in places like DC where you walk down the street and guys will say stuff like ‘qonjeet (pretty woman), come here!’ and you think at first, ‘how do you even know this word?’ Then, you realize it’s because they hit on that many Habesha girls.

The appeal of it at first is that you feel special. Then you realize that you’re not special because you’re just one of the East African girls that people are seeking out. It’s not about me being special it’s about me being something that you see as being trendy right now. I think there’s something that’s a little upsetting to come to terms with that, but after a while it’s like ‘I don’t have to be trendy for you, I don’t have to be your flavor of the week.’

I can just be myself. And if you happen to love me and I happen to be Habesha, dope. But if you come to me only because I’m Habesha you don’t appreciate the entirety of me, so you don’t deserve me. I think it’s hard to deal with because being a teenage girl already isn’t easy. Being a young adult is not easy. So when it feels like you have a moment of validation, it’s easy to take that and run with it, and to not want to think about it critically. It’s also really freeing to realize that you don’t have to be the perfect silent East African video girl for somebody. You can be whoever you want to be.

We went from not being able to point out our countries on a map to guys using the word ‘qonjo’. But if a guy likes us only for being East African, rather than who I am as a person and just clumping all of us together, then we are becoming accessories.

I hope more Habesha women realize this and see it’s not necessarily empowering to be labeled as the East African Girl, or ‘foreign’ girl.

Giorgis: And it’s doesn’t mean you can’t dance to the songs. Whatever, have fun with it. It’s just about not wrapping up your identity into being “the chosen girl.’ Which is easier said then done.

Please tell us your transition from graduating and what you are currently working on.

Giorgis: Sure, I graduated in June of 2013 and went home and was applying for jobs. I now work for the NOVO Foundation. I love being in a space where I can think about movement work from a big picture perspective and that’s what I get to do during the day. This summer is when I decided I will be writing more and got to a place where if an editor tells me they don’t want to run my piece, then that’s fine. But I don’t want to be the person who stops me from going further.

I realized that if I have the time to post five sentences on Tumblr, then I have the time to develop that into an essay. I think the thing that changed for me is my work ethic got stronger. I just recently found out that I’m a contributing writer for The Guardian. Meaning, I’ll be writing opinion pieces for them once a month. I’m writing for OkayAfrica and thinking about how I can showcase the talent in the broader African community. I’m also going to be writing from a more issue-based for them [OkayAfrica].

I feel that I’m in a space where I have the support of my community in a way that I was scared to reach out to before. Habesha people contact me on my blog or email and Twitter and are so wonderful and affirming and encouraging. They’ll say, “I didn’t know I could do this before, and now there’s a Habesha doing it, so now I can.” I just want to be the person that I wish I would have had when I was 13 or 14. If I could be that for a 12 year-old Habesha girl somewhere, then dope. That’s what I want to keep doing. That’s the dream – to make young Habeshas around the world smile and think critically and love the world in a different way..