A Lesson from Ethiopia 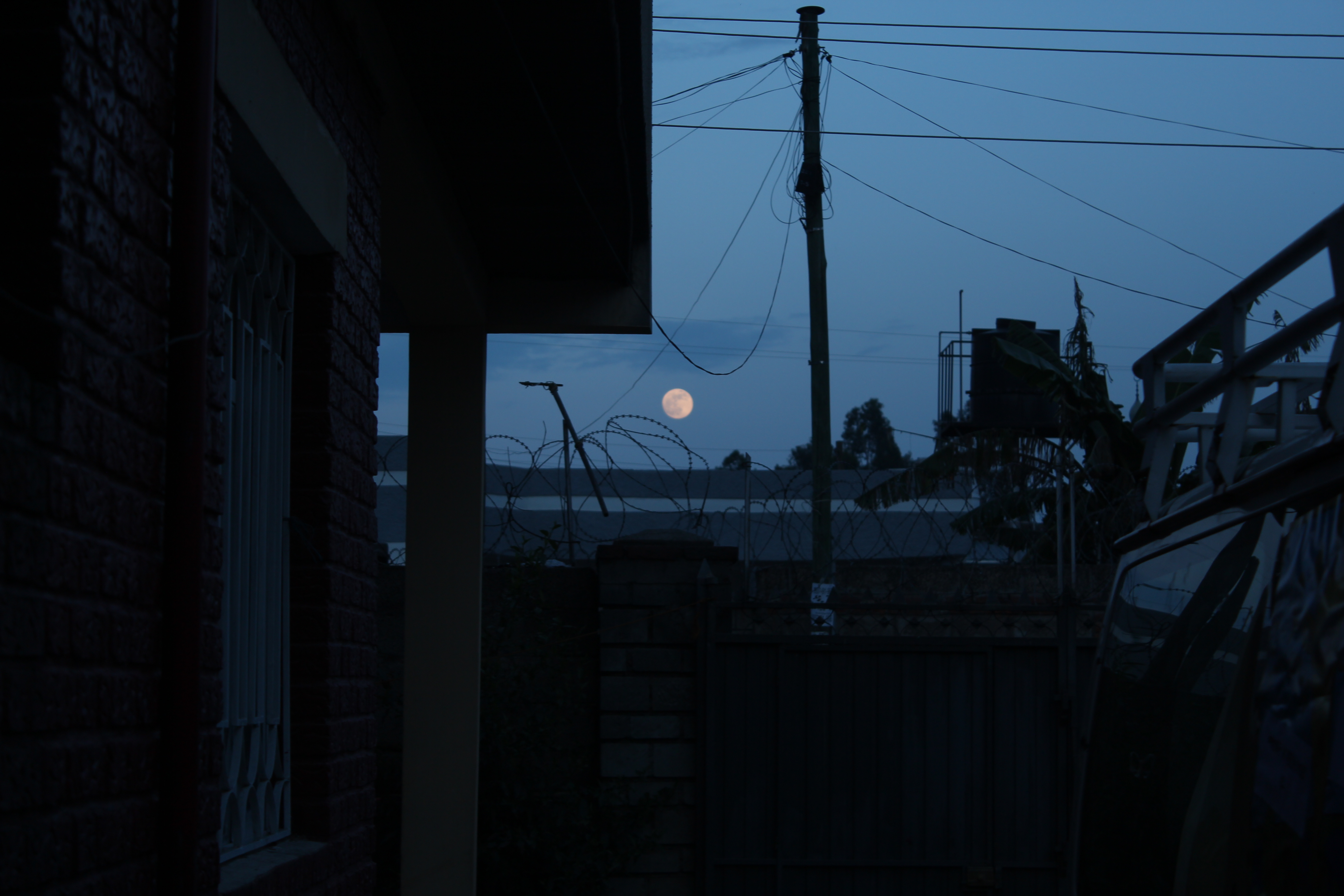 Last spring, when an opportunity to work in Ethiopia arose, I impulsively accepted. It was underpaid, demanding, and abruptly arranged, but in Ethiopia.

My mother who predominately raised me is Black American, by way of Oklahoma. On holidays, I revisited Oklahoma and anticipated my great aunt Alma’s greens and my aunt Kim’s macaroni and cheese. On Sundays, I would wake up to my maternal grandmother, Meme, playing gospel soundtracks and know it was time to get ready for church. Oklahoma, USA was an extension of my native Californian home.

My father, a first-generation Ethiopian American, passed down his family name, vital lessons and distinctive features, yet failed to instill his culture as my mother had. I didn’t develop taste buds that could identify berbere or an appreciation for Ethiopian music. Because my father left Ethiopia when he was a teenager and most of my Ethiopian family members remained in foreign towns, my Ethiopian identity felt partial.

In 2010, after a month-long, introductory visit to Ethiopia, I wholeheartedly longed to revisit and really connect to my father’s heritage. I wanted to learn to attend an Ethiopian wedding, confidently dance eskista and impulsively perform the distinct greetings. I hoped by the end of my forthcoming four-month job, I would finally be familiarized. 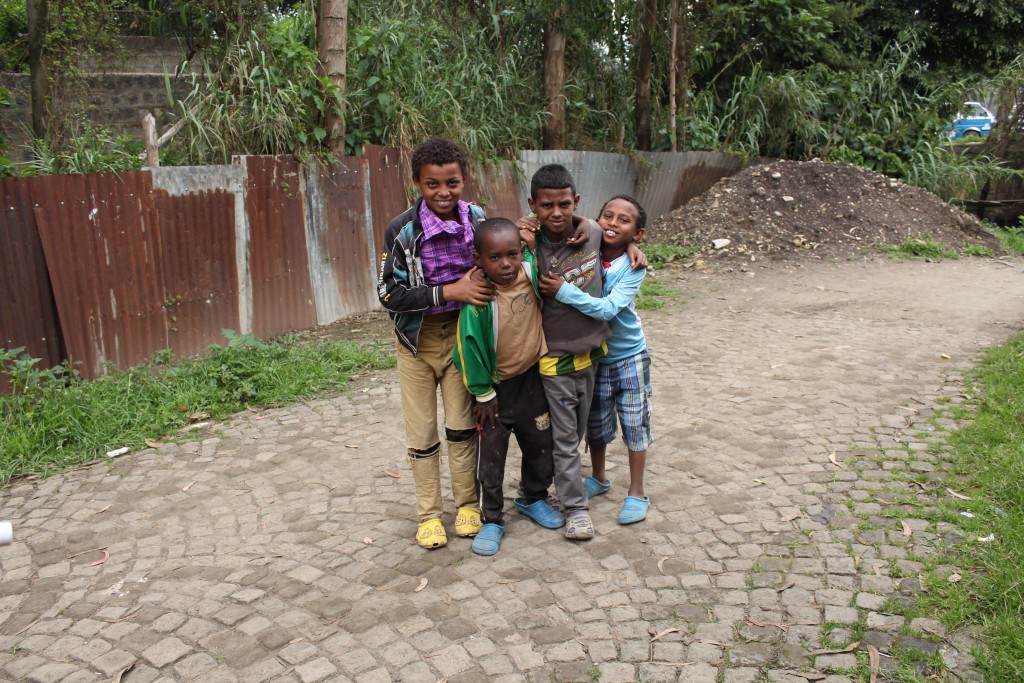 When I arrived at the Bole Airport on a 1 a.m. flight from Qatar, my Ethiopian boss/housemate and her American husband warmly greeted and guided me to their minivan. In English, we talked about this being my second time in Ethiopia and how I traveled, more like an American tourist than a native, to Bahir Dar, Axum, Lalibela and Addis Ababa.

Late night in the capitol, Addis Ababa was silent; the many stray dogs roaming soundlessly. We drove I believed an anomaly, a route extremely unlit. We arrived to their home, my temporary home in Gerji Mabratile. The husband opened the preceding gate and the minivan followed. Upon sight, the open window and painted red and yellow home immediately charmed me. I’m showed my back house located room. My boss advises me it may take a few days to get used to the 9-hour time difference and I should come in to the office once I’m up the next morning.

After about four days, I’ve learned my position’s responsibilities and deadlines. My schedule is work tentatively from 8:00 a.m. to 5 p.m., Monday through Friday. Saturday is a half-day, ends at 12 p.m., only if I’ve finished my work of course. My position at the production company is three roles combined because the company’s tight budget. Dinner is promptly served at the house at 7:30 p.m.

Within the first month, I feel as if I haven’t learned anything substantially Ethiopian. My only close relative, my uncle, Masho who lives in Addis is on an indefinite business trip in Somaliland. I begin to worry I won’t have the time or an appropriate environment to promote my ideal Ethiopian identity aspirations. I’m working overtime, full day hours on Saturdays and Sundays; weeks are flying by. 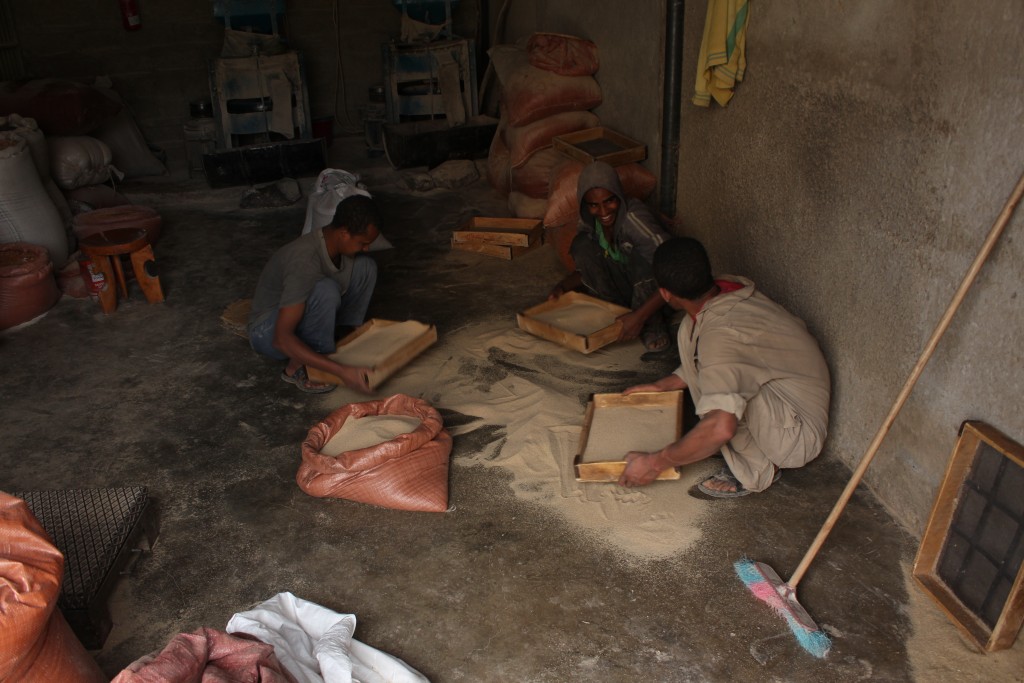 However, within flight, I internalize.

Each morning around 11, or to Americans 5 a.m., mosques, Orthodox and Protestant churches, project their morning prayer over loud speakers. The prayers are tri-daily. Devoted members stop mid-path to pray in unison with the projection. Today is no different. I sleep through it.

My alarm goes off at 12:45. I lie in bed for about fifteen minutes, stretch, check my American IPhone. I untuck my bed’s mosquito net, get dressed, grab for my personal computer bag, purse and TECNO, an Americans’ idea of a knock off Nokia cell phone brand. I go into the main house and politely ask one of the two family’s teenaged housekeeper/nanny/cleaner for breakfast. While I wait for her to reheat the earlier prepared meal, I try to connect to the always-faulty Internet connection.

Traveling anywhere in Ethiopia will be a distinctive journey. You will always encounter individual or entire families of beggars. Similarly, the beggars wear torn and dirty clothing. Contrastingly, some are in good spirits, laughing and playing with other similarly aged beggars; other beggars may helplessly cry because of untreated diseases. Another reoccurring sight is young boys ranging from seven to late teens posted with shoe shines, sponges, blackened water and boisterous scale music to alert walkers of their shoe shining service. I begin my twelve-minute walk to the office. “Nah!” A shoe shining teenager shouts at me. I continue walking.

Initiating conversation in an alternative language other than the national language of Amharic, especially if you look Ethiopian, will prompt surprise, smiles, and accompanying laughter. I barely speak Amharic but I get by.

Throughout the day, families, friends and peers gather to talk and drink varieties of buna. Similarly, meals are shared in a communal setting with one platter of injera and lots of wot or fir fir. I regularly eat fir fir for breakfast. I never cared for fir fir before. I would explain, “injera with spiced injera is weird.” Now, fir fir with leftover meat is one of my favorite breakfast meals. Spaghetti is also commonly enjoyed with injera, one of the remnants of the short-lived Italian colonization attempt. As I get to the main road, I walk past the busy coffee shop, shoe shiners, and bus queues. I subconsciously tighten my grip on my computer bag.

The work environment varies. If you’re a fortunate housewife with an executive level husband or a politician’s offspring, you most likely don’t work a demanding job. The less financially fortunate, old and young alike, work strenuous or academic jobs in order to provide for their families. Some young men steal if you’re carelessly holding possessions. I enter the third floor main office of my job, say, “Denaneh, Denanesh or Endegntna” and proceed to the fourth floor main office. The youngest member of the production crew is wearing the same clothes from the night before and has been filming my boss since last night. “Selamnew, Endegtna?” I ask as I rush to my office.

The Ethiopian government determines what students will study in college based on test scores. If one tests well, they are practically promised a high earning job, i.e.) doctor, C.E.O. or engineer. Students that test well, typically come from families that are financially adept and have been able to provide additional resources to further their education. When students completely lack financial support or transportation, parents typically encourage children to start work as soon as possible whether it to be a housekeeper or shoe cleaner. One of my household’s housekeepers told me she started cooking school when she was thirteen. An Ethiopian’s adult occupation can be determined as early as age five. I print the shot and b-roll lists I produced the night before. The child talent, who lives in the surrounding middle class apartment complex to the office, enthusiastically plays with the nearby puppets.

The child talent, production crew, and I grab the film equipment and props and head to the company car. The six-member team drives to the shooting location, my overworked and I assume underpaid production assistant arranged. As we drive, I ask the hired driver to slow down. He doesn’t. Many male drivers in Ethiopia irrationally drive to their destinations.

Ethiopia isn’t very dangerous but danger has touched mostly everyone at some point. Every person with a compound, Americans’ idea of a house has gates and accompanying wires or broken glass bottles borders to keep intruders out. Likewise, the randomly dispersed shanties are protected by tin walls, which separate them from the desolated land they’re built on. Most of these are one-room homes separating a TV-focused living room section and bedroom section with a curtain. Regardless of your home, traditionally, children and adults don’t move out of their parents’ home until they are engaged. 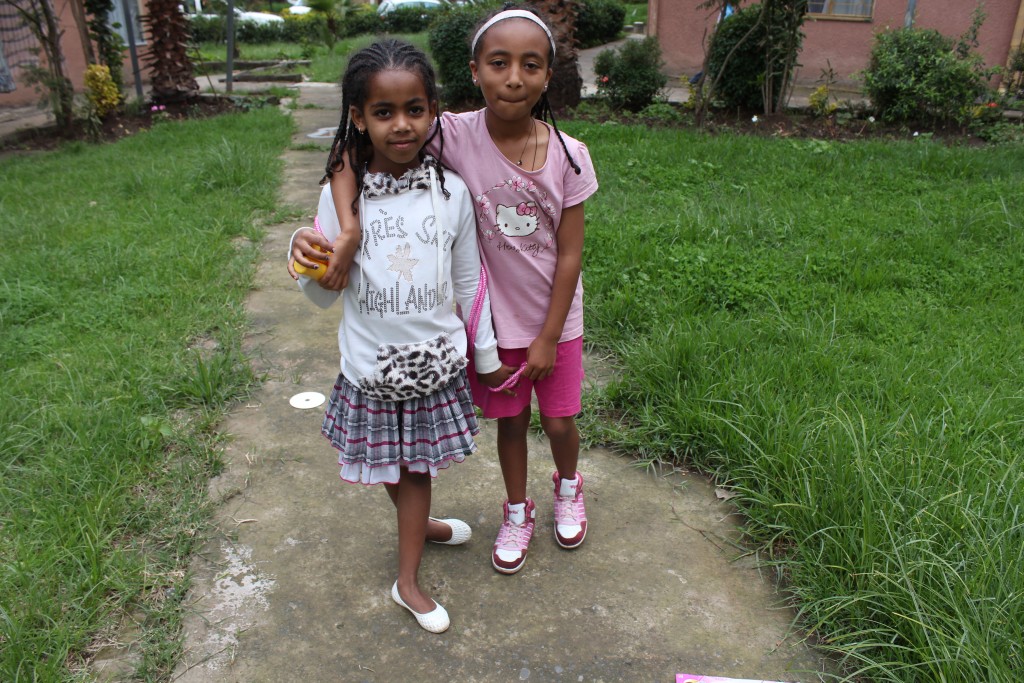 We finish the two-hour shoot at 9. There are a lot of pregnant women around my age staring nearby. In my office, a co-worker who’s about my age who got married last month is confidently revealing her four to five-month pregnant belly. On the weekends, young adults go to neighboring, club-focused cities and rent inn rooms to ultimately have sex. The pregnant women smile and laugh as we drive away. The youngest crewmember jumps out to meet with friends standing at a nearby queue.

It’s 2, or to Americans, 8 p.m. I knock on my home’s compound gate to be let in by one of the housekeepers.

I set my stuff down and try to connect to the Wi-Fi while the other housekeeper warms dinner. The Wi-Fi is down and once the food touches the table, the power goes out. The housekeeper and I laugh.

I enter my dark room via a candle and my iPhone flashlight. I pull out my computer to finish some production documents for the next day. After an hour or so, the light turns on and the Internet connects. I go on Facebook and see a glimpse of the crafted social lives my American friends portray. Likewise, Ethiopians’ Facebook profiles consist of vague religious posts and mall photos taken in the Bole area. An avid Facebook mall photo poster and family friend calls to ask if I want to get coffee, I deny. I head into the main house to help pick out my bosses’ seven-year-old daughter’s outfit for her proceeding first day of the privileged French school.

After living in Ethiopia for four months, I’ve consumed a lot of Ethiopia. I discovered my father left Ethiopia for opportunity and still to this day being granted international visas is regarded a privilege. I witnessed the socioeconomic disparities and heard tragic stories of unpublicized government wrongdoings. I listened and related to native Ethiopians’ universal dreams. I experienced that Ethiopian culture and daily life is too complex to explain via phone conversation or Internet posts. And finally, I understood, after so many years of analyzing my lack of Ethiopian identity from America that regardless of my current location, food I eat, music I listen to, and language I speak: My Ethiopian identity is inherent. ***.